Based upon a new technological platform in order to cope with the larger bandwidths of the new UHDTV formats, PHABRIX will has released a range of added features which are standard on the V1 release of the Qx – these include waveforms, vectorscope, additional standards support, reference timing, pathological patterns (including 6G/12G), enhanced Dataview window plus audio monitoring with channel select for listening.

Since its launch the PHABRIX Qx has established itself as a leading test and measurement instrument for broadcast formats up to UHDTV 4K. Able to both generate and analyse simultaneously, the Qx provides accurate SMPTE standard test patterns from its sophisticated on-board generator which can be instantaneously analysed as part of a closed loop process.

In its application within broadcast manufacturing the Qx has its trade marked RTE ‘Real Time Eye’ which continues to impress with automated measurements, visibility of overshoot and undershoot, jitter timing and alignment meters and histograms. This combined with a separate jitter waveform display with decade jitter filters enables the Qx to help identify problems early in product development. 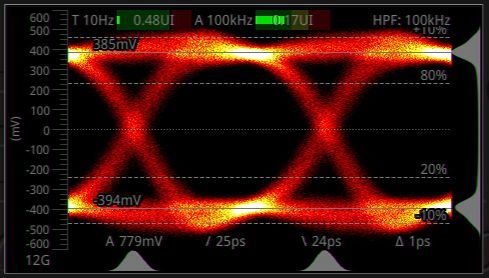 The Qx is also available without the physical layer toolset where it is more focussed on establishing correct UHDTV transmission within broadcast infrastructures.